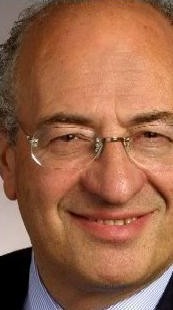 David’s talk will cover some practicalities for thinking and doing ‘outside the box’ using the catalyst of poetry. Saying that is possibly akin to putting garlic in front of a vampire or kryptonite to Superman. Come and challenge yourself to use something quite different to drive change through creativity leading to more innovation, resulting in a bigger bottom line and even a larger cash pile as a result of changing your internal cultures. The technique can also be used to great effect in one’s personal life as well as in one’s business life. It may read like [juju/bollocks/weirdo stuff/ sh*t] on paper but come along and challenge yourself to change either yourself or something in your business or personal life.

David Adams qualified as a Chartered Accountant after leaving Manchester Grammar School. He aways wanted to be an accountant and as it wasn’t a graduate profession in those days, he told the High Master (sic) that he wanted to get on with it. After taking his finals five years later, he was recruited as assistant to the senior partner of the north’s leading stockbroker. David continued his training and subsequently passed what were then the inaugural Stock Exchange exams. He spent the best part of 30 years with Henry Cooke Lumsden, (HCL) the last eight of which he was Chief Executive. After being head-hunted he came to London and bottom-line, hated the job and loved London, where he has been for the last 20 years. After acting as a consultant to the Stock Exchange, interim MD of an Anglo-Israel medical technology company, leading its sale to a listed entity, he was invited to become a business coach, chairing peer groups for chief executives with Vistage International. He also provides coaching for senior executives of large corporates and also trustee and governor services for CABA, Chartered Accountants Benevolent Association and Kensington & Chelsea College of Further Education.

During his time at HCL, he developed an ability to build relationships in such a way as he understood not only what the clients needed but also what they wanted. the two were not always the same. Over the years, he realised that what is now his theme, ‘Numbers, Words and Questions’ were the essence of business success. He is an international performance poet and his recently published guide to that goal, ‘Well-Versed’ is an exponent of the theme, each chapter introduced by a poetic mind map. David delivers a unique workshop ‘Unlocking-CreativityTM’ where attendees listen to and use poetry to help them make breakthroughs which can aid the transformation of their businesses and/or their personal lives. He received a telephone call not long ago after one such event for interim managers; the caller said that David wouldn’t remember him, that he hated the entire event but that it had since then changed his life!

He has two daughters and three grand-children, an ex-wife, a gorgeous girl-friend and believes that life should be fun. Reading, theatre, travel and playing Scrabble tend to be his interests outside of work. His girlfriend says he should mention swimming or ski-ing to show that he actually does do something less cerebral and a bit more physically active.

Following David’s presentation there will be canapes and a glass of wine for all attendees.  There is then the option to stay on for a New Year Networking Dinner (with one change of place).

Cost for the meeting (Drink, Canapes and a two-course set menu Dinner) is £40 for Members and Guests (rising to £45 if booked after 4th January 2016).