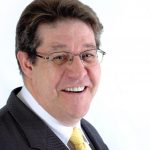 These three words are often confused as managers try to urge their staff to give their best performance. Nowadays many companies work with remote workers and multi-country teams. The problem is the further away you are from your staff the harder it becomes to maintain momentum on projects. This session will look at the key differences in persuasion, motivation and inspiration suggesting which are the most powerful techniques to get peak performance from fragmented teams.

Who should attend?: People who want to encourage peak performance from work colleagues, local departments and remote teams. Anyone in an executive role will find this valuable.

The audience will get:
• A clear understanding of the difference in these three influence methods and how they work.
• The core drivers for producing motivated teams.
• Powerful communication techniques to develop motivation in people.
• Great ideas to get peak performance from remote teams.

Bob Ferguson started public speaking over 20 years ago as an Aerospace Engineer who wanted to improve the quality of presentations in industry. Up until 2016 his work was split between designing spacecraft, mainly for deep space missions, and speaking and coaching speakers. After 2016 he moved full time into speaker coaching. A major part of his engineering work was to communicate with teams around Europe involved in building the space craft.

One of his strengths is to take complex technical material and translate it into easily understood objectives for co-workers. He has worked on a number of space missions including the 2020 European Space Agency’s Exo Mars Rover and the Mercury-bound Bepi Colombo, for which he received two awards for outstanding contribution to the mission.

He is a Fellow of the Professional Speaking Association, a Certified World Class Speaking Coach and a member of the UK Speechwriters Guild.

Bob has been a keen football fan all his life. When his children were young, he was a football coach for 12 years.

He also enjoys music. He plays tenor sax in an amateur saxophone band and goes to big band and jazz concerts.

He runs an Old Time Music Hall group that has so far raised over £225,000 for local charities through annual shows.