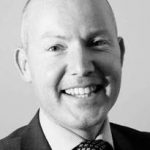 Is the old interim model broken? The time is right to capitalise on experience!

Nick will dispel the myths currently in the market about what an interim is and how you can capitalise on your experience in a now heavily transactional and disintermediated market place.  As the UK continues to move through a period of massive change, proven interim executives can truly help accelerate change and manage transition. Nick’s approach demonstrates a way to tap into the ample opportunity there is for senior level, experienced interims.

Nick is an enthusiastic advocate for interim management as the engine for spreading innovation, new thinking and best practice across industries. Underpinning his approach is Holdsway’s collaboration with the University of Surrey Business School which aptly promotes, “Accelerating innovative thinking into practice” – much like an interim! As the only interim provider that is currently actively engaged with the academic community, Nick is working closely with the school on original research which looks at the interim market and the key value the interim brings. Not least the work delves into the critical characteristics and competencies that interims have in abundance – filling a much-needed gap in businesses capability at crucial inflection points.  He will share with you the early learning that is emerging and ways to leverage these insights.

A real opportunity to be inspired with new ways of positioning yourself for success!

Nick is an experienced provider of senior-level interim executives and interim managers throughout the UK and Europe, with partner firms in Paris and Frankfurt.

In 2007 he was hired by Martin Wood, founder of pioneering interim firm BIE which had been spun out from PA Consulting. Mentored by the industry-leading team of Martin, Julia Candlish and Stuart Cain, Nick became widely known as an expert in the field of senior-level interim management. In 2008, Nick succeeded Martin as head of BIE, re-launching the brand and confirming its position as market leader, rated no.1 by the Institute of Interim Management (IIM) at the time.

Nick founded Holdsway in 2013 set up to build on the market-leading service levels of the original BIE model. And having been voted one of the UK’s fastest-rising interim management firms in 2016, Holdsway has, in 2018, been ranked the UK’s leading Gold Service provider of interims, based on quality of service.

A fluent French speaker with a BSc (Hons) in International Business and French from Aston University and Rouen Business School, Nick began his career with FTSE-100 steel-maker British Steel plc in commercial roles. For 20 years since then he has set-up, built and run successful executive recruitment and interim management firms. A keen sportsman – Harlequins RFC season ticket holder, road-cycling and running – he is also an active supporter Diabetes UK.