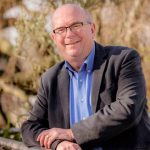 A walk through the above book, published in 2015, with author David Mellor

Rationale for the book

Great business leaders and great companies are a constant source of inspiration for others in business; their routes to success encourage our ambitions, inspire in us the belief that great achievement is possible, and – crucially – give us practical pointers towards how to do it.

Referencing some of the thirty  influential business innovators featured in the book, David reveals why they have had such an impact, outlines key decisions in their career trajectory and leaves the business reader with an abundance of ideas, actions and strategies to put into practice in their own business setting. In particular he considers what the “Gamechangers” have in common, and highlights the key lessons that they are keen to share.

Since 2001 David has developed a portfolio of activities derived from 25 years’ experience in banking with HSBC and Deutsche Bank. His principal activity is mentoring existing and aspiring entrepreneurs. He is a recognised expert in his field, regularly speaking at conferences and running seminars and workshops.

He is an Honorary Senior Visiting Fellow in the Faculty of Finance at Cass Business School. He is also a Freeman of the Guild of Entrepreneurs. He holds a Bachelor’s and a Master’s degree from the University of Cambridge, and is a member of the Institute of Directors.  He is a Certified PRISM Brain Mapping Practitioner.